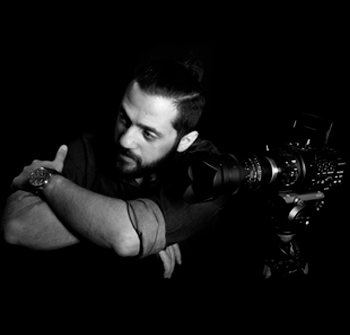 Pavel Tzeiranidis knew from his early years that he would work with something creative and artistic.

His initial thoughts were around imaging and design, and he decided that what he wanted to do throughout his life, is to immortalize priceless moments with audio and video.

This is why he chose to study Multimedia Moving Image & Direction in Photography. He had chosen the Nottingham Trent University to receive the best job oportunities and immediately after his studies, due to both his knowledge and his love for the subject, he was selected to become part of the Cimelio Team.

Immediately after joining the team, he had directed and produced a documentary on Cretan cuisine, as well as a short film entitled "24 hours".

Today, he is involved with the art of cinema and at the same time he is responsible for the complete production, imaging, editing, directing and photography processes, in videos for events, (weddings, baptisms, etc.) and for TV advertising, video clips, etc.

His immediate objective is the total production of a featured film, and a documentary.